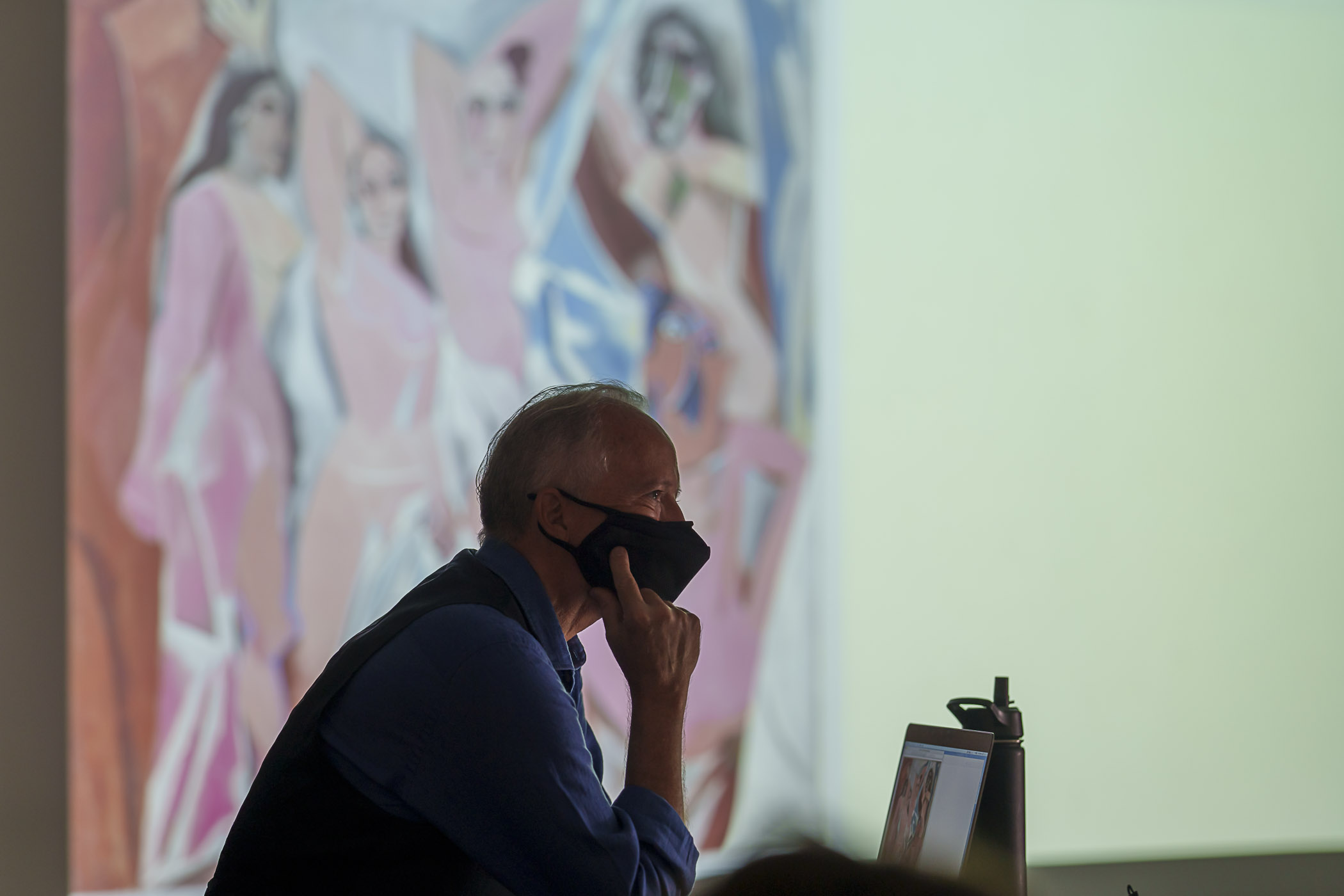 SANTA BARBARA, Calif. (Oct. 1, 2021) – Grammy Award-winning musician and composer Ted Nash will lead a group of Santa Barbara City College musicians in a concert of original music on the front terrace of the Santa Barbara Museum of Art, Oct. 9 at 2:30 p.m. The pieces are all inspired by or are musical interpretations of works of art from the museum’s collection.

The concert, “Ted Nash: The Sound of Art,” will share the creative accomplishments made by the SBCC New World Jazz Ensemble during a workshop held in September. As part of his two-week stay as a Santa Barbara Museum of Art Artist in Residence, Nash led the group through a unique composition process using works of art as inspirations for new musical compositions.

The workshop started on the SBCC campus Friday Sept. 3, when Nash guided students through the creative process behind his composition “Portrait in Seven Shades,” a suite consisting of seven movements, each inspired by a particular painting by a master of modern art: Chagall, Dali, Matisse, Monet, Picasso, Pollock and Van Gogh. Nash described his impressions of each work and then played the corresponding musical composition it inspired. The students then took a tour of the Santa Barbara Museum of Art galleries to choose a work of art as the subject of their composition. Taking photos and detailed notes, they stayed at the museum long after the tour had concluded.

On the following four Fridays, Nash joined the class virtually, offering feedback and suggestions as the students composed new music for their 10-piece jazz ensemble.

Working with Nash is SBCC New World Jazz Ensemble Director Edward Smith, who commented, “I have really enjoyed working with Ted and the students. The entire process has been inspiring.”

The public will have the chance to hear the results of this creative undertaking Saturday, Oct. 9 at 2:30 on the front terrace of the Santa Barbara Museum of Art, 1130 State Street. Admission is free.